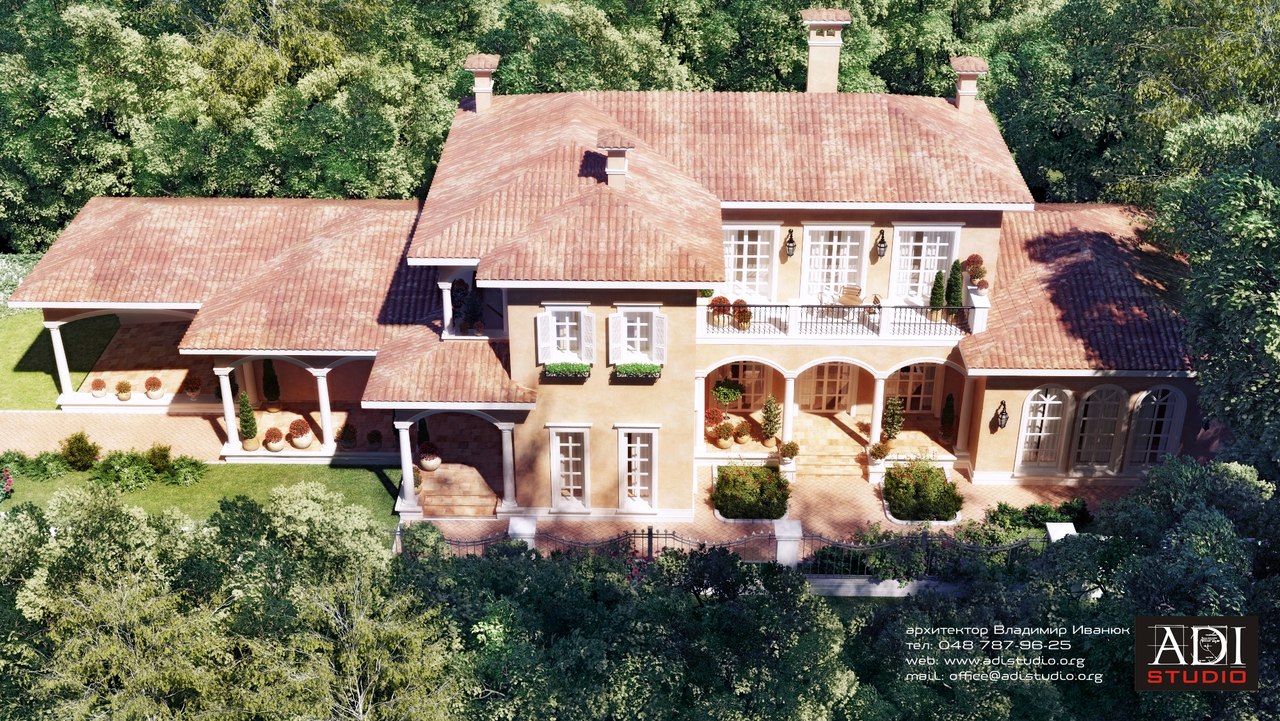 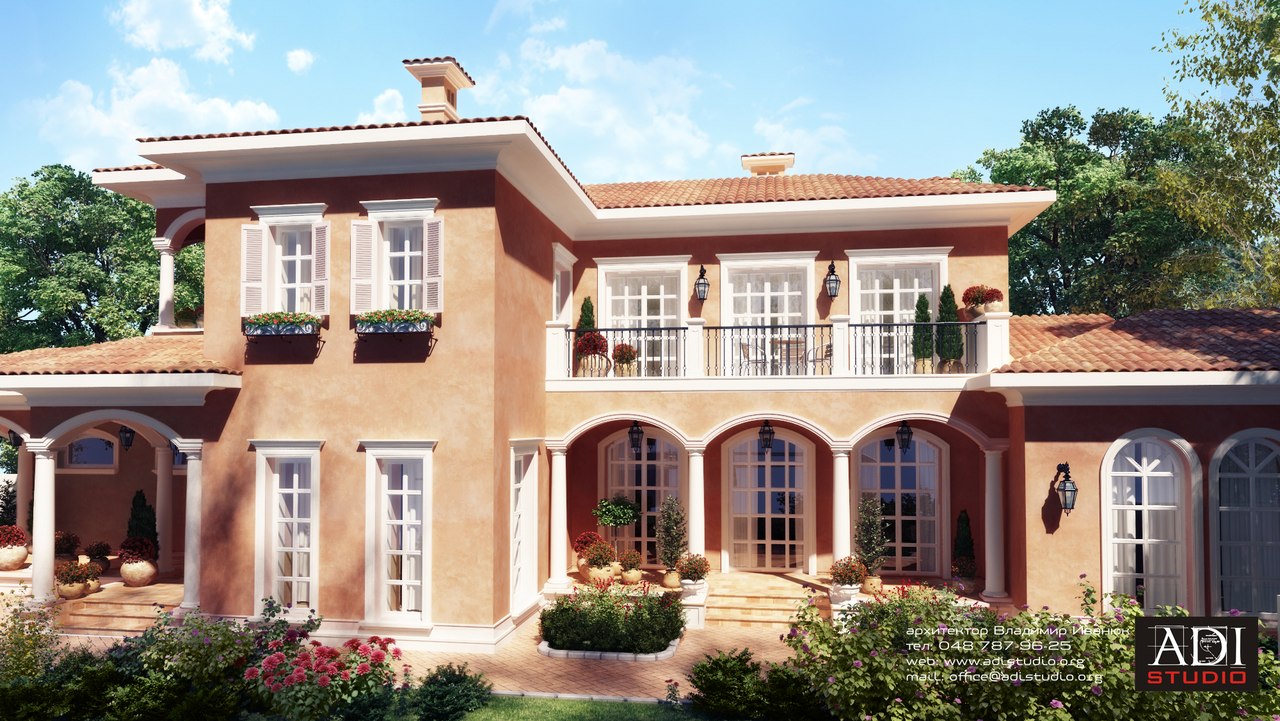 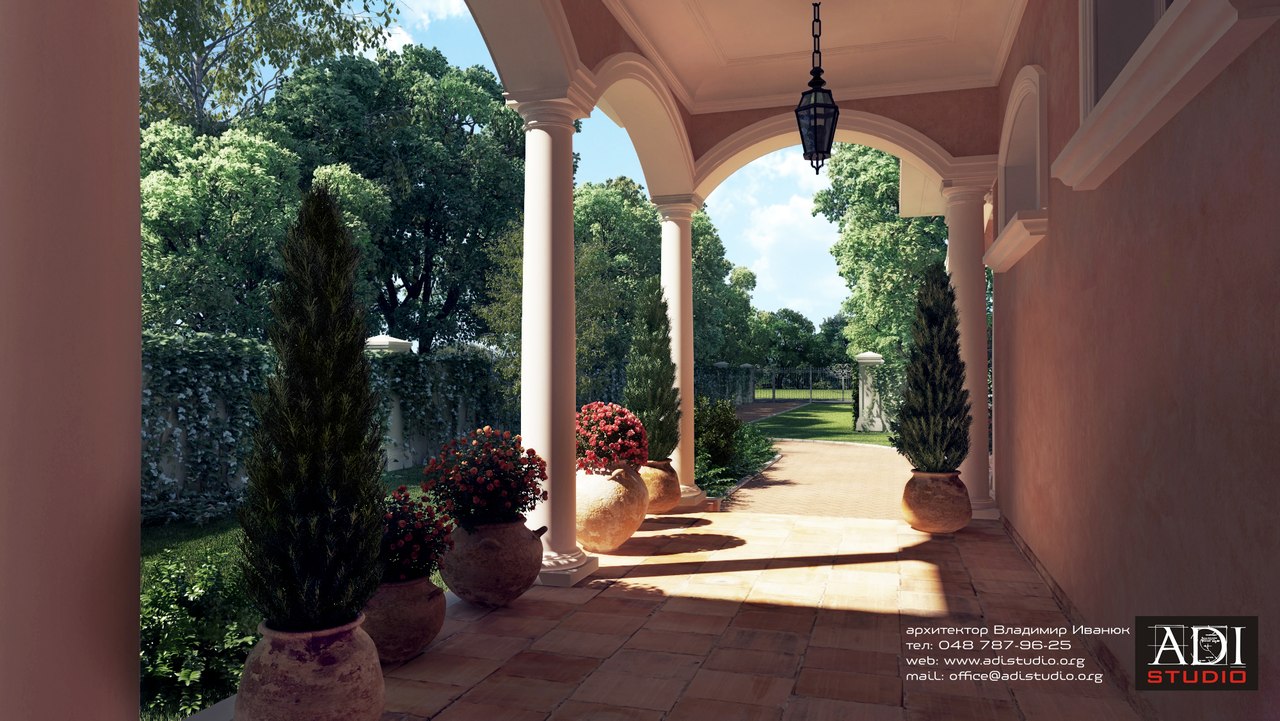 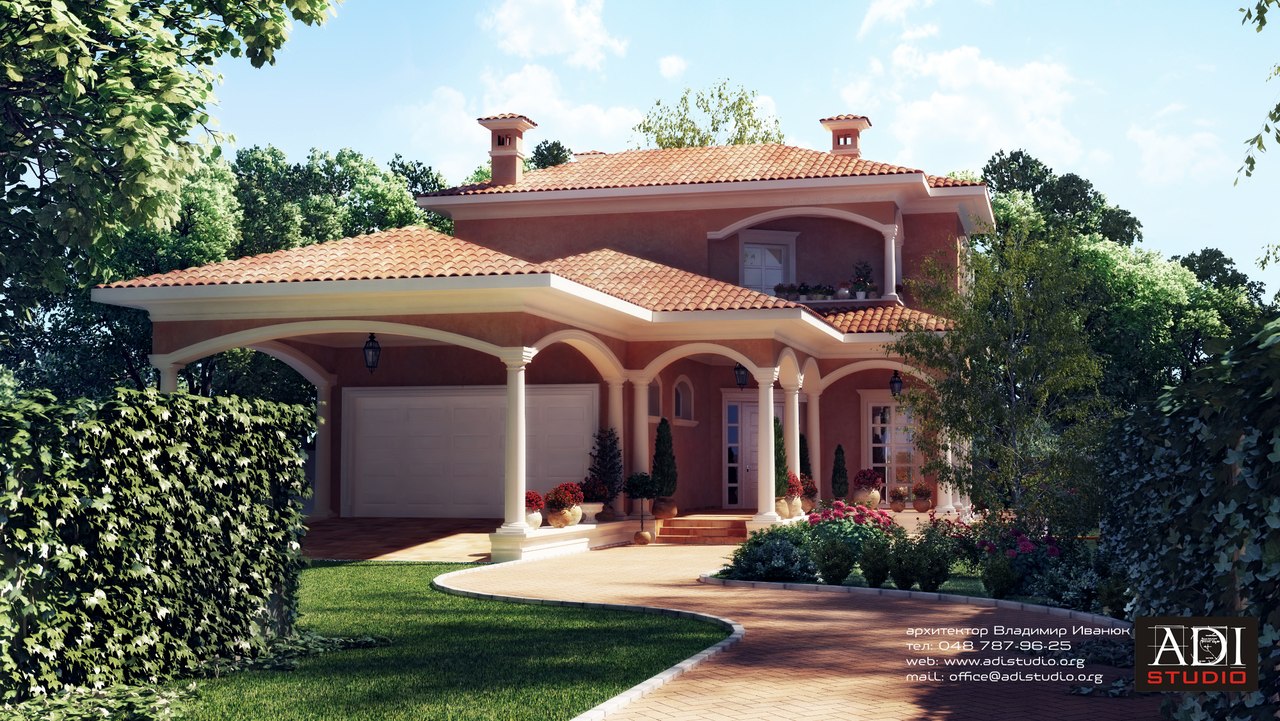 The project is interesting as the task was to allocate rather large house (area of 450 sq. m.) on a land plot of irregular form (20 Ares). Based on the customer’s desires, we chose the Mediterranean style of building facade. Application of natural ADI stone of our own production in facade finishing and internal works expressed the originality and “spirit” of the Mediterranean region in the best way. The roofing has been embodied in hand-formed Spanish ceramic tile. Windows of this building have been produced under author’s development of our architects. Moisture-proof Siberian larch was used, and as time passes its moisture resistance and strength become even better. Also the double-panes produced using the latest technology ensure keeping temperature in room in the building in summer and in winter the same. That enables to significantly reduce the operational expenses of the building. Road access to the territory has been made under the innovational technology “Green Parking”. Special sorts of grass and way of planting not only makes the access way to the garage functional, but also makes atmosphere of the house surrounding territory more genuine and natural.